Jules Rumsey is the Founder and Chief Executive Officer of Cloud Plus and founded the company in 2010. He is an ICT industry veteran and Internet pioneer with more than 25 years of experience.

Jules was the Technical Manager at Magna Data in 1997 when they delivered ‘Broadband for Business’, one of the first commercial HDSL offerings in Australia. While working for Excite@Home Australia, Jules managed the engineering, deployment, and operation of the much-awarded Optus@Home broadband cable network, which was released in 1999. He also delivered a number of major innovations while working there.

In 2002 Jules was appointed CEO of Saise (acquired by BigAir and in turn Superloop), where he executed a significant turn-around and cemented Saise’s position as one of the leading business-focused voice and data service providers in Melbourne. In 2003 Jules founded Telarus (acquired by Over The Wire), merging it with Broadband Direct in 2004. Telarus was highly successful under Jules’ leadership as CEO, achieving rapid growth over many years, winning numerous industry awards and becoming one of the early cloud computing providers in Australia.

Jules is a member of the Australian Institute of Company Directors and has served as a Director on the Board of the Service Providers Industry Association (SPAN) and the Communications Alliance (the peak body for the telecommunications industry). 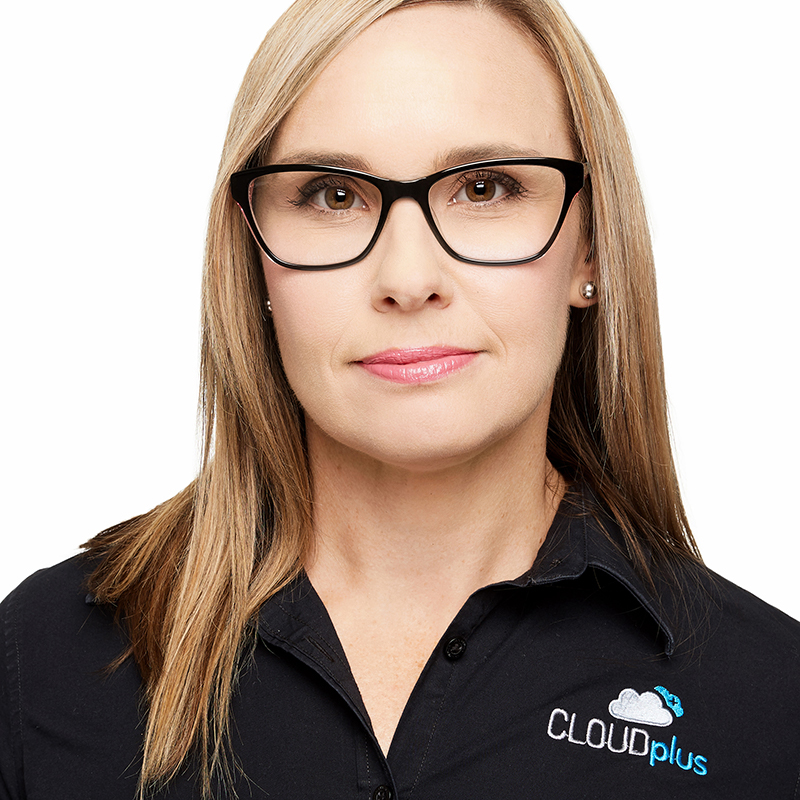 Katie Brown is the Executive Officer & Practice Manager Outsourcing. She joind joined the company in 2017 and has over 20 years of executive support and management experience across a range of diverse industries.

Katie has extensive experience in corporate governance, project coordination, planning, and support of daily operational and administrative functions within businesses.

Katie holds a BA of Business (Honours) from Swinburn University of Technology. She is a skilled and dedicated C-Level Executive Assistant, Office Manager and Administration Coordinator.

Outside of work Katie enjoys spending time with her family, personal fitness and is an avid reader. 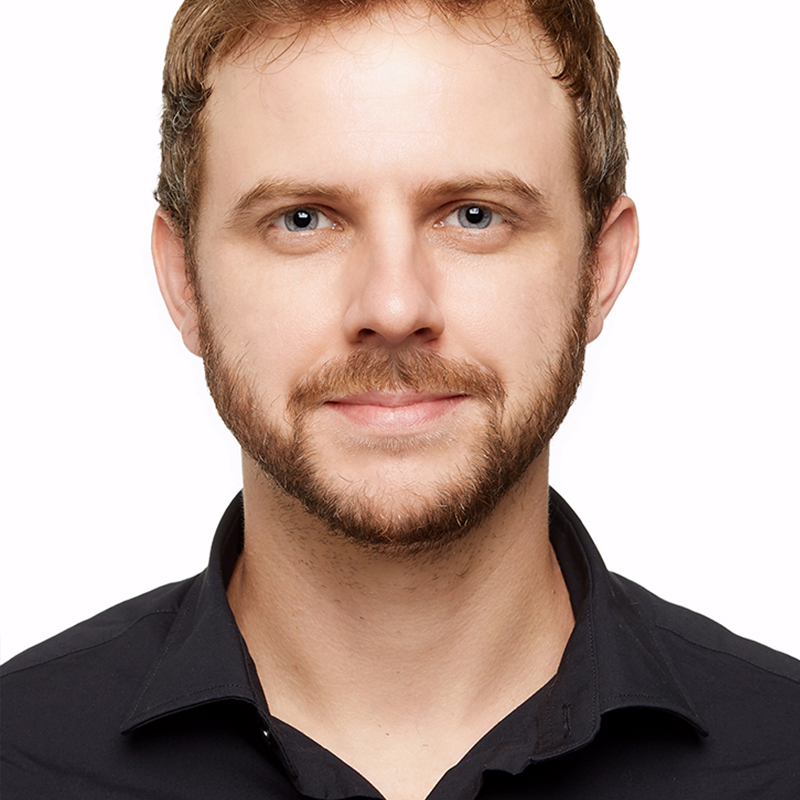 Andrew Smith is the Financial Controller and joined the company in 2012. He has nine years of experience in a variety of roles in finance, accounting, and admin.

Andrew manages the Finance & Administration Team spanning Australia, the Philippines, and the Czech Republic and has extensive experience across finance and accounting, human resources, service delivery and ISO:9001 process development and compliance.

Prior to joining Cloud Plus, Andrew worked for Stellar Asia Pacific, providing support to the Australian Bureau of Statistics during the 2011 Australian census. Andrew also worked at Barclays bank in the UK.

Andrew has a BSc in Mathematics and Statistics and a double Master’s degree in Professional Accounting and Business Administration.

Outside of work, Andrew enjoys spending time with his wife and daughter. 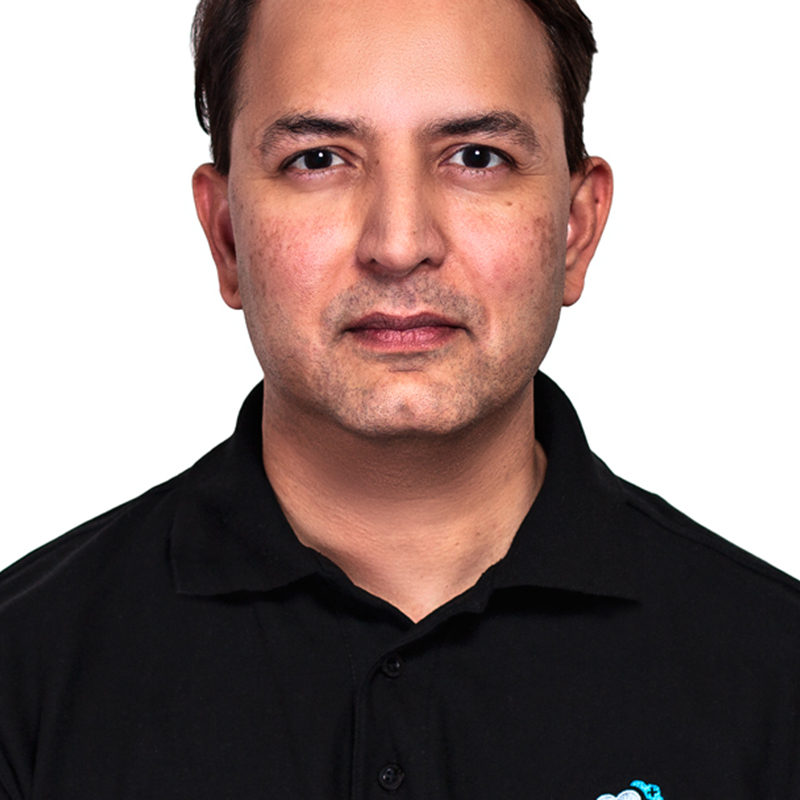 Ash Pradhan is the Product Manager and joined the company in 2017. He has over 10 years of Telco experience, covering Commercial and Product Management roles at Telstra Wholesale, BT Openreach, PCCW, and Huawei.

Ash holds a graduate degree in Chemistry and an MBA from Monash University, Melbourne. He is passionate about technology and engineering. 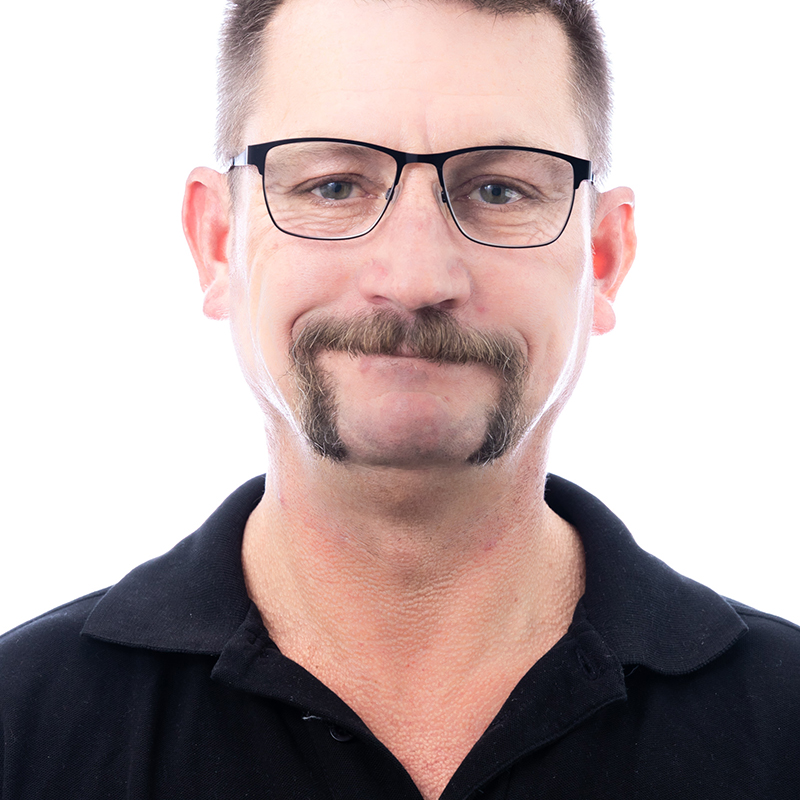 Mark Davies is the State Sales Manager, VIC and joined the company in 2018. He has over 20 years’ experience in consulting and IT systems integration. Prior to this Mark had an extensive career in finance and banking. Mark has a deep understanding of Sales and Operations management, developed from senior level APAC and ANZ roles in global enterprise vendors and private companies alike. He has delivered solutions across the globe; Australia & New Zealand, North America, Asia and Africa.
Mark’s primary objective at Cloud Plus is to assist our Channel Partners to achieve their business goals by providing Enterprise-grade solutions that are tailored to suit the needs of each client. Given the breadth of the Cloud Plus Solution Framework Partners can address most or all of a client’s ICT needs, saving them time and money, while significantly increasing the Partners revenue.

Outside of work, Marks interests include travel, participation in his local lacrosse team, personal fitness and exploring industry trends and opportunities to further his skills.

Daniel Thomas is a Channel Account Executive with Cloud Plus and joined the company in 2017. He looks after our partners in both Queensland and New South Wales and has managed to develop positive external relationships with some of the company’s biggest channel partners.

Daniel has a passion for the ICT industry and plans to continue pursuing his career within ICT.

Daniel has an appetite for learning and has quickly broadened his knowledge of core Cloud Plus Services such as MPLS Networks, Network Security, Virtual Data Centres and IP telephony.

Outside of work, Daniel is a keen sports enthusiast and enjoys following AFL, Cricket, and Horse Racing.

Rejohn Cuares is the Solutions Architect and joined the company in 2019. He has extensive experience in the design, implementation and troubleshooting of various technologies (e.g. Networking, Security and Unified Communications) ranging from small to large infrastructure and has more than ten years’ experience in the IT industry. Rejohn’s experience includes working at Harris Corporation as Systems Engineer, at Comscentre as Sr. Solutions Engineer and work overseas for various organisations. His previous roles afforded him to be involved in a wide range of functions including product development, scoping, solution design, implementation and support.

When he is not working, he is either learning new skills or exploring places with his family. 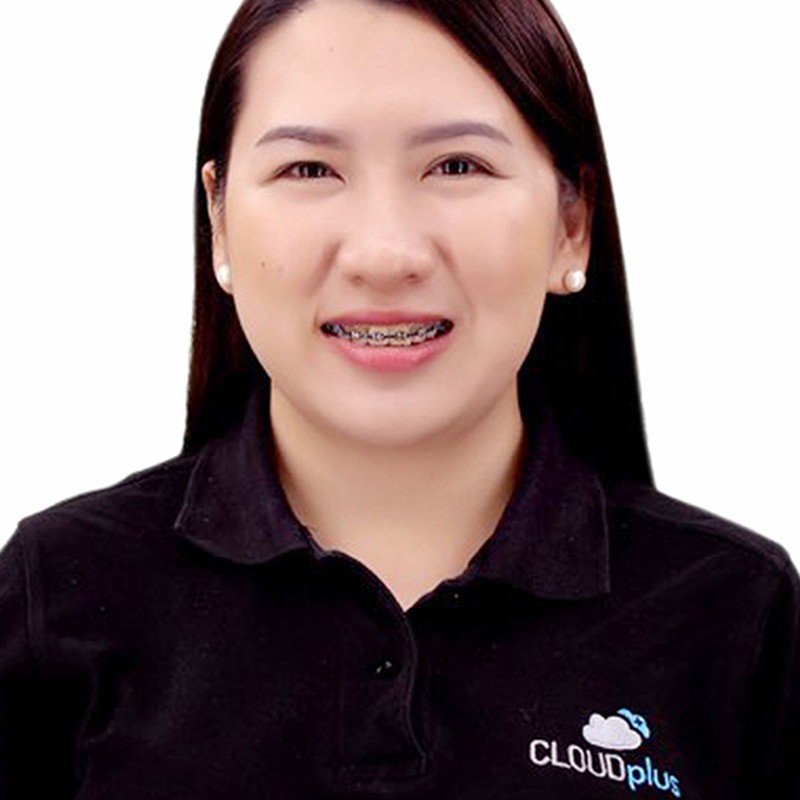 Arnie Santos is the Service Delivery Team Leader and joined the company in 2017. She has over eight years of experience in service delivery and project management.

Prior to joining Cloud Plus, Arnie worked in a number of detail-orientated positions, specialising in client satisfaction, on-time delivery, and multi-tasking in a fast-paced environment. Arnie’s experience includes working at Comscentre as the PMO and Provisioning Team Lead, and at Verizon Business as Senior Network Provisioner.

Arnie prides herself on her ability to communicate and interact with cross-functional teams that include colleagues, suppliers, partners, and clients. She graduated in 2010 with a Computer Science major.

Outside of work, Arnie loves to cook and read. 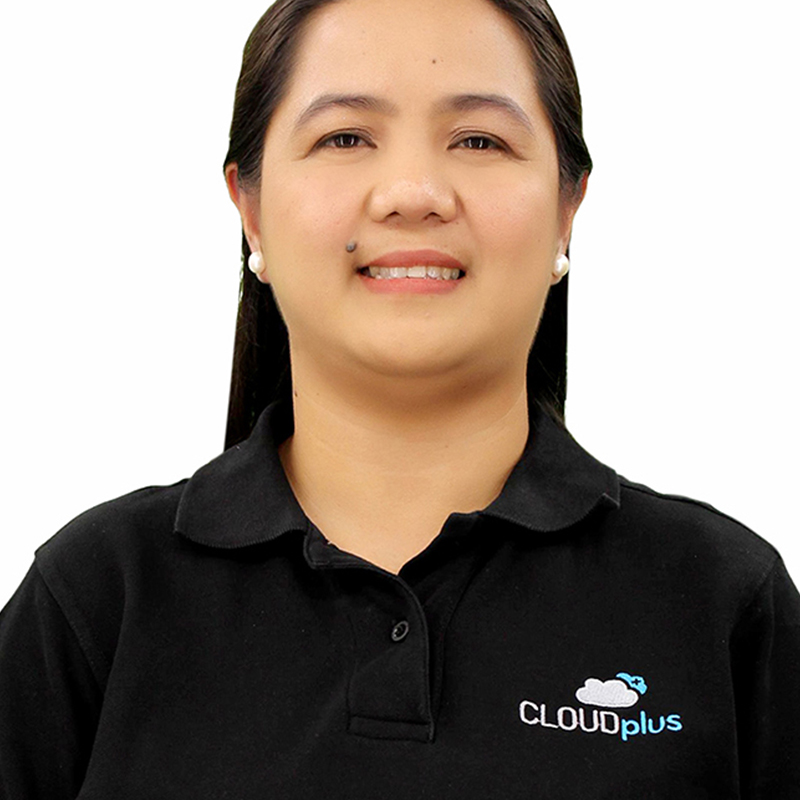 Rica de Jesus is the Network Operations Team Leader at Cloud Plus and joined the company in 2016. She has over 11 years of experience in the ICT industry.

She has previously worked in a variety of roles including technical support and service assurance at TPG, project/core network engineering at Comscentre and now network operations at Cloud Plus.

Rica holds a BSc in Electronics and Communications Engineering and received her lifetime professional license in 2003.

Outside of work, Rica enjoys spending time and traveling with family. She also loves playing with her 2 kids and answering their silly, out-of-this-world questions. 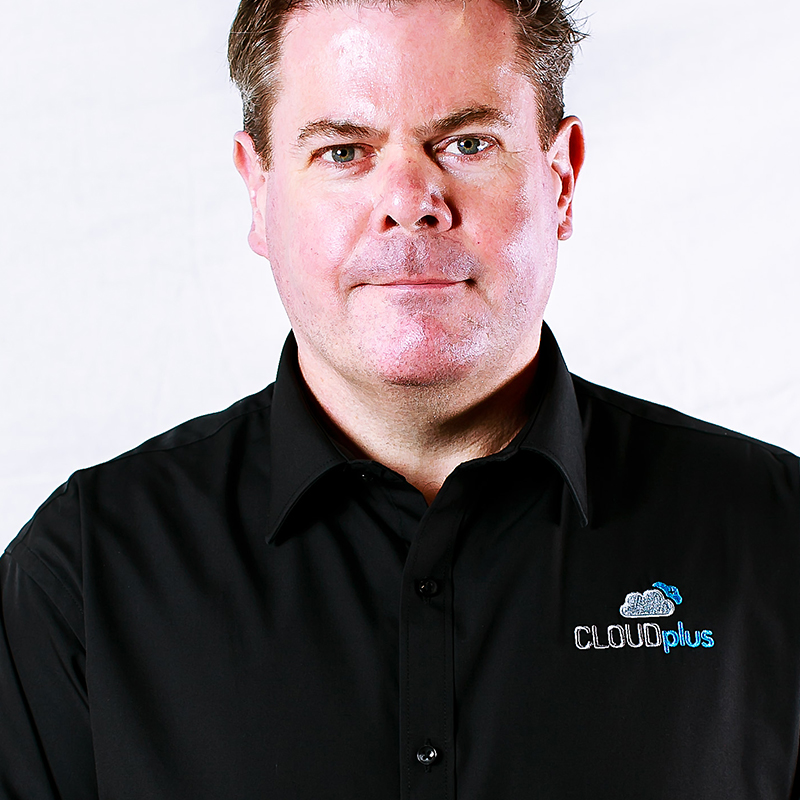 Steve has a wide depth of knowledge and experience across multiple vendors and technologies. He enjoys working with new and emerging technologies and seeing the benefits they bring to Cloud Plus, its partners and clients.

Outside of work, Steve enjoys the beach, the bush and motorbikes. 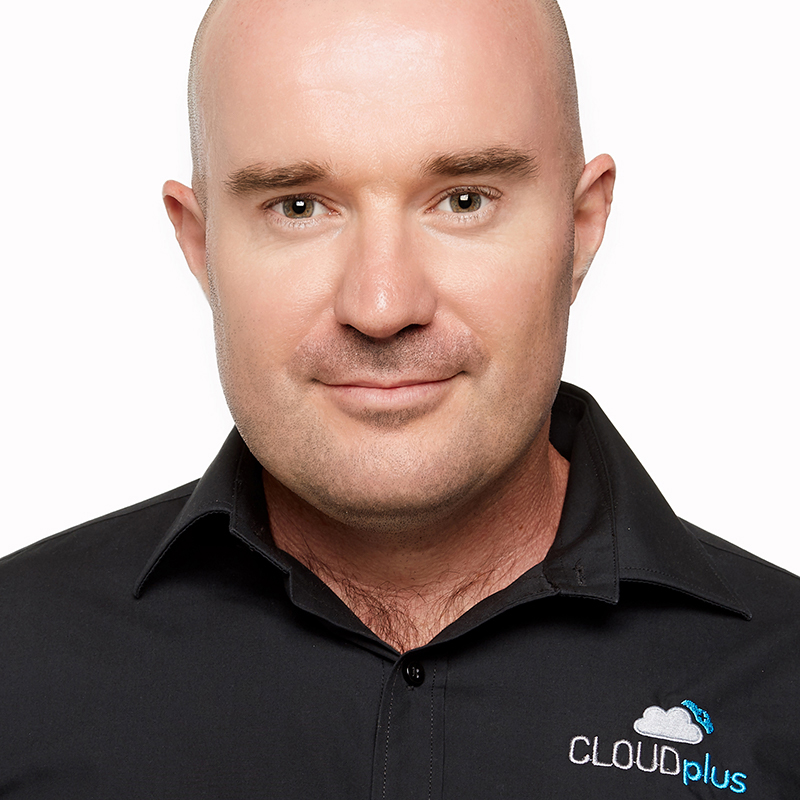 Shane Jameson is the Systems Engineering Team Leader and joined the company in 2013. He has over 19 years of experience working in ICT, initially as an IT all-rounder for medium businesses before specialising in IT systems infrastructure.

Prior to joining Cloud Plus, Shane established his own IT helpdesk company and employed a team of field technicians servicing a wide range of commercial and domestic clients. After leaving school Shane studied and worked in electrotechnology and two-way radio communications while learning computing as a hobby in his spare time.

Shane is a VMCE certified engineer and has a diploma in electrotechnology from TAFE. 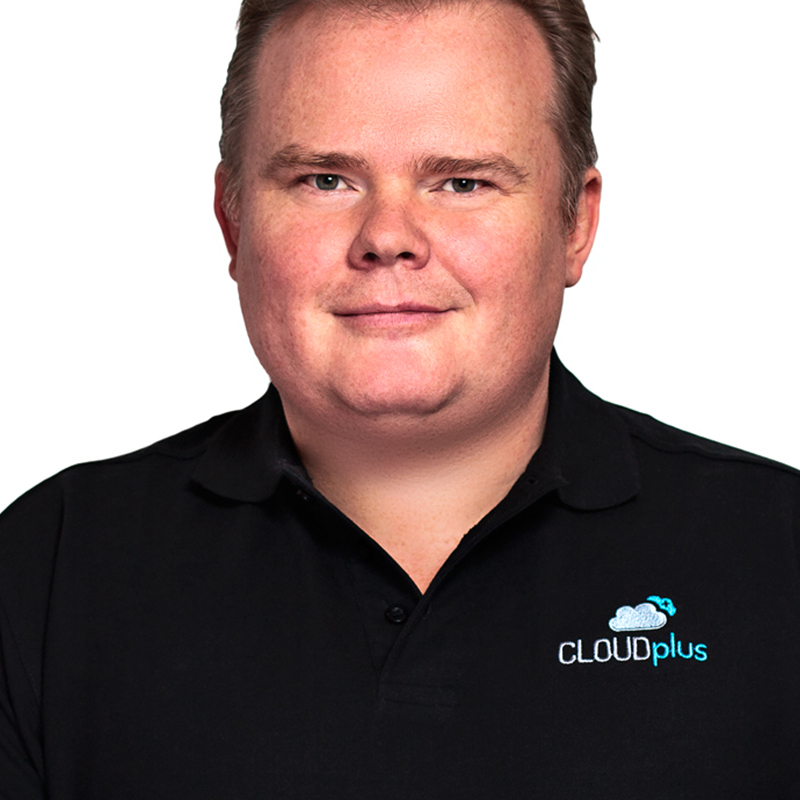 Pavel Luska is the Voice Engineering Team Leader and joined the company in 2017. He has over 15 years of experience in voice engineering roles covering TDM and VoIP technologies at network and PBX levels.

After graduating from University, he worked for a Czech company with French Mitel PBX. During the 15 years of his career, he has built many PBXs, call centers, and other specific VoIP solutions.

Pavel holds Bachelor qualifications from Czech Technical University and advanced Mitel certifications for VoIP products. He has significant knowledge of implementing Mitel solutions and Call Centre applications for SME and Enterprise businesses across Europe and Africa. In the last few years, his area of focus has been on developing implementation and support processes for open source VoIP applications.

Outside of work, Pavel likes to travel with family and friends to discover new places.